The new standalone fire department proposed by Directors Alifano, Mackintosh, and Riddell will be short-staffed from Day One, will rely heavily on overtime, and will cost at least $7 million more than CAL FIRE over the next five years.

This is according to the documentation provided in the October 18 Coastside Fire Protection District Board Packet.

Attachment E (page 25) of the board packet shows the projected 5-year costs for this new, short-staffed, standalone fire department at $42.4 million. Last year’s actual expenses with CAL FIRE were $6.66 million. Assuming that CAL FIRE’s costs rise 2% per year over the next 5 years, the CAL FIRE 5-year cost would total $35.4 million.

The new, short-staffed fire department will cost on average at least $1.4 million more per year than CAL FIRE over the next five years.

Update: the CFPD budget presented on October 18, 2012 was poorly done and did not add up.  The October 18 Board Presentation did not specify amounts for overtime in the annual budget (10/18/12 attachment D), but did include $600k annually for overtime in the 5 year plan (10/18/12 attachment E).  There was no way of knowing this looking at the budget as presented.  This was clarified a month later in the  November 24, 2012 Board Presentation – see 11/24 attachment B.

If the number of valid signatures is greater than or equal to the minimum required number, County Elections certifies the petition as sufficient, notifies the proponents, and submits a certificate of sufficiency to the governing board.  Within 14 days after the meeting at which the governing body received the certificate of sufficiency, the governing body issues an order for an election to be held.  The election is held between 88 and 125 days after the issuance of the order.  Candidates may file nomination papers and declarations of candidacy after the order of the election is issued and up to 75 days prior to the date of the election.

By law, Alifano, Riddell, and Mackintosh may not succeed themselves or each other in a recall election.

Please see sections II, subsections G through L starting on page 22 of the PDF at this link for the official process.  Also see section III on page 25.

California Elections Codes are at this link.  There are some minor details in the Code that are not covered in the PDF above.
http://www.leginfo.ca.gov/.html/elec_table_of_contents.html

The suspense is over.  Five long months after Directors Alifano, Riddell, and Mackintosh voted to effectively end our contract with CAL FIRE, we’ve finally learned how much this ill-conceived effort will cost us.  And it’s absolutely staggering. Would you believe nearly ten million dollars for just this one year of fire service?

That’s right. The Fire District is proposing operating expenses for their standalone department of $9.99 million for the fiscal year that started July 1, 2012. Compared to last fiscal year’s actual costs of $6.81 million, that’s a one-year jump of $3.18 million, a stunning 46% increase.

The proposed budget includes a highly questionable line item for $2.07 million in proposed costs for a ‘Transitional Organization’.  Incredibly, there are no details explaining what exactly we are getting for this $2 million.  None.  While the budget includes details for relatively mundane items such as $1,500 for custodial services and $5,500 for postage, this enormous, extremely controversial $2 million expense has no details whatsoever.

In case you haven’t been following the shenanigans on our Fire Board too closely, here are some recent ‘highlights’, as it were, from Directors Alifano, Riddell, and Mackintosh:

–          Director Alifano is still under criminal investigation by the San Mateo County District Attorney for his conduct over the weekend of July 14, when he and handful of supporters allegedly harassed recall supporters who were collecting signatures for his ouster.  Regarding these incidents, Alifano is quoted in the July 20 San Mateo County Times as saying “I made a mistake. I should have never went out there.” “They wanted me to stoop to their level.”  So this is how a public official acts – Alifano blames his opponents for his own conduct.

–          In the July 18 HMB Review, Director Mackintosh said “we could solve all kinds of problems if we could hear each other… Whether people agree or disagree, if we listen, we can develop something better for everyone”.  One short week later, these words rang very, very hollow, when Mackintosh wouldn’t even listen to Fire Chief John Ferreira’s annual report during the July 25 Fire Board meeting.  The August 1 HMB Review said “Director Mike Alifano lamented that he was done arguing over the future of CAL FIRE here and didn’t intend to let Ferreira address his report” during the July 25 Fire Board meeting.  It appears at the very least the Directors grossly misled the public and our Fire Department when they released a public agenda they now admit they had no intention of following.  This pathetic action was also a huge slap in the face to each of the firefighters in our department.

–          In the July 18 HMB Review, Gary Riddell said that the Fire Chief’s position will be advertised.  How quickly things changed.  In the August 22 HMB Review, when discussing the Fire Chief’s position, Director Mackintosh said “If you have very specific people in mind, nothing says you have to go outside”.  One has to wonder if Directors Alifano, Riddell, and Mackintosh have ever looked up the definition of ‘cronyism’.

To see the proposed budget for yourself, go to coastsidefire.org.  Click on Board of Directors, then Agenda, Minutes & Video, then View the Board Packet for the 9/26/12 Regular Meeting, then Tab 4 for the September 26, 2012 meeting. [Click here to download Tab 4 of the Board Packet directly.]

Directors Alifano, Riddell, and Mackintosh will be voting on this budget with its $2 million blank check for a ‘Transitional Organization’ at the Fire Board meeting at the Half Moon Bay Fire Station at 7pm tonight, Wednesday September 26, 2012.  Please be there at 7pm, fill out a speaker’s slip, then let Directors Alifano, Riddell, and Mackintosh know what you think of their performance, their governance, and this proposed budget with $2 million in unexplained transitional costs.  But before you do, please visit KeepCALFIRE.com, and be sure to sign the recall petitions to take back control of your Fire Department. 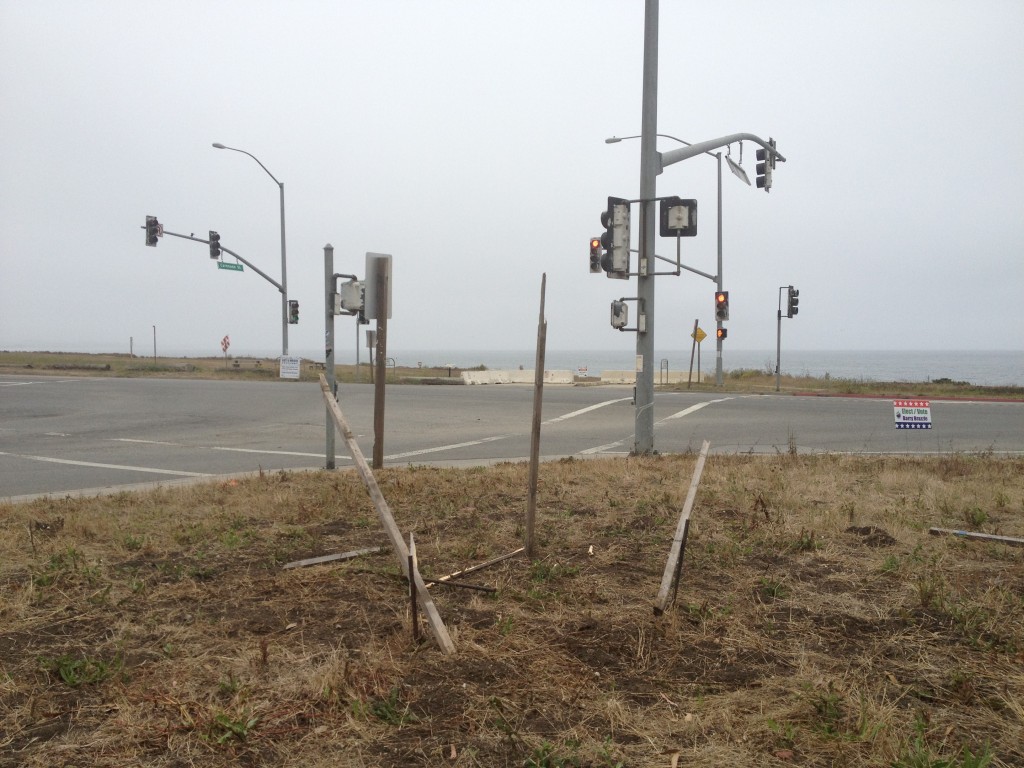 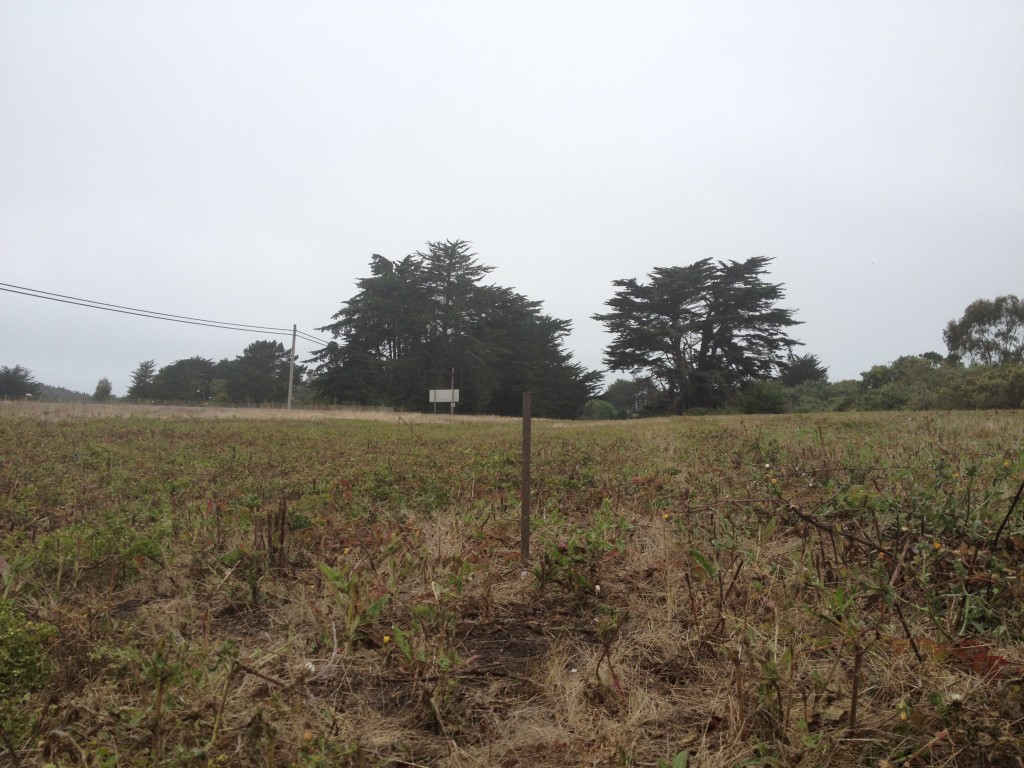 A San Mateo County District Attorney’s Office investigator has been assigned to look into complaints about a series of verbal run-ins between a Coastside Fire Protection District board member and recall supporters that occurred over the past two weekends.
The first confrontation happened the weekend of July 14 outside the Half Moon Bay Safeway. Supporters of a petition to recall three CFPD board members — Mike Alifano, Doug Mackintosh and Gary Riddell — had set up a table to collect some of the 2,714 signatures necessary to get the recall on an upcoming ballot. Recall supporters say that Alifano and a firefighter from over the hill were once again intimidating petitioners as they sought signatures at Harbor Village over the weekend.
At least one recall supporter reported feeling threatened by Alifano, who showed up to offer his view on the petition to passersby. Recall supporters say Alifano was intimidating potential signers, a contention he denies.
Intimidation could be in violation of California Election Code 18630, which outlaws attempts to influence elections by intimidation.
Alifano allegedly took photographs of the circulating petitions that would get the recall on a future ballot. He denies taking photos of the petitions or names of signers. California Election Code 18650 forbids the use of signatures for anything other than qualifying for the ballot.
Government code excludes recall petitions from state open records laws.
“That means that there is some expectation of privacy relating to them,” said Wagstaffe.
Breaking any of these election codes could qualify as a misdemeanor.

Alifano asks in his full-page ads, “Does the risk outweigh the benefit?” Alifano, Riddell and Mackintosh have effectively ended our CalFire contract, have no plan or budget in place to form a new fire department, have less than 11 short months to create a department from scratch and hire about 43 firefighters. The risks of creating another poorly run, more expensive, short-staffed fire department filled with allegations of cronyism and lawsuits surely outweigh any benefits.

On June 28, 2012, San Mateo County Chief Elections Officer Mark Church notified us that he has approved our recall petitions for Michael Alifano, Douglas Mackintosh and Gary Riddell.  We have 120 days to collect signatures, but we intend to collect them as quickly as possible to Keep CAL FIRE.

Today we published the Notices of Intent in the Half Moon Bay Review for all 3 recall targets.